Around the world, there is a perception of caregiving as “women’s work.” This work is unpaid labor, but at minimum wage it would make up between nine and eleven percent of the world’s GDP 1. In the third The State of the World’s Fathers: Unlocking the Power of Men’s Care, MenCare and Promundo look at effects inequalities related to distribution of caregiving and other unpaid labor.

Among the 23 countries surveyed, women did between 126% (Sweden) and 100% (Cambodia) of the unpaid domestic care work compared to men 1. This contributes to women in every region of the world doing more hours of work than men, but fewer hours of paid work 1. Inequality starts early, with girls doing 40% more domestic work than boys in adolescence, leaving less time for education and play. This disparity at a young age is demonstrative of the perception of unpaid domestic and care work as “women’s work” and its indirect negative effects.

In many cases, women said that they were unable to take on paid work because of their unpaid work. In places where the domestic and care work falls on women twice as much as men, men make over 33% more in wages 1. Women assuming more of the unpaid work puts less financial control in the hands of women, limiting the realization of gender equality. Domestic and care work are vital to running a household and a society, but because this work is unequally distributed and systematically undervalued it keeps women from realizing the same levels of economic empowerment as men.

Equal distribution of domestic and care work by gender would not only allow women to engage more in the paid workforce, it would also encourage the engagement of fathers. Engaged fathers tend to have more empowered daughters and sons who are more likely to go on to view unpaid domestic labor with less gendered bias 1. Equal distribution between men and women for unpaid domestic and care labor will benefit both genders.

There are important advantages to women doing less domestic and care work so that they are free to pursue more paid work and for men to share domestic responsibilities equally. Over the course of 15 years, in middle and upper-income countries, women averaged 4 hours and 8 minutes of unpaid work each day, while men only averaged 2 hours and 17 minutes a day 1. Thus, to reach parity men would increase their unpaid work by about 50 minutes a day and women would need to decrease their unpaid work by the same amount.

At a deeper level, unpaid household work needs to be seen without a gendered bias. Part of that is offering paid paternity leave and maternity leave. 85% of men in high- and middle-income countries want to be able to spend more time with their children in the first weeks and months of life but cannot due to a need to return to paid work 1. As men are viewed as breadwinners rather than caregivers, men feel a need to go back to works while women stay home with their young children 1.

Because men are still largely viewed as financially-responsible, paid leave could encourage men’s involvement in care work without stigma. For example, in Sweden, parents are given 480 days of paid leave which can be used until a child is 12, allowing parents, specifically fathers, to be involved long-term without financial consequences 1. This solution could reduce stigma around household work, as it allows men to feel supported in taking time off to take care of their children and allows for care to be monetized.

The perception of unpaid domestic and care labor as for women continues to be a major barrier to gender parity. This work keeps women out of the paid workforce and the stigma around it keeps men from doing the care work that they want to be doing. Furthermore, more engaged fathers are more likely to have children who themselves support gender parity and act in accordance with those principles. To lessen the stigma of care as for women and improve economic empowerment, paid leave that extends past infancy, has great potential. 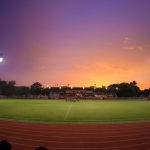 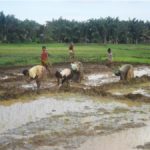