First recognized in 1987,  Women’s History Month (observed every March) seeks to acknowledge and celebrate the role of women in American history. In light of this celebration, the UCSD Center on Gender Equity and Health hosted Dr. Bonnie Morris Adjunct Assistant Professor at Georgetown University and George Washington University and senior fellow at the Global Women’s Institute. A specialist in women’s history, Dr. Morris’ work centers on issues in women’s sports, the women’s music movement, Jewish women’s history and other female-identified communities across time.

Handing out flyers and greeting attendees personally, Dr. Morris kicked off the event. Over the next hour (which flew by) she engaged the audience in a discussion of the historical origins of contemporary women’s issues in sports. Most of her talk drew on material from her popular undergraduate course, “Athletics and Gender,” which addresses violence against women in sports culture and female empowerment through athletic opportunity. Dr. Morris has offered this course for over 20 years and takes great pride in having taught all of the men on her university’s football team.

Despite the extensive amount of time Dr. Morris has dedicated to learning about women in sports, she discloses that she is a terrible athlete! Holding up her weathered, green physical education uniform from 1974, she gets straight to the point: “I have a right to play soccer, even if I suck.” She is unapologetic, and unafraid to question the single narrative presenting women’s bodies as “too fragile” or “not created” for sports. These assumptions about female bodies have led to female exclusion from sports, or conditional inclusion – through the introduction of a “softer” female-specific sports, suggestive outfits, or separate and smaller facilities for girls.

To provide a comprehensive historical perspective, Dr. Morris rewound much further than 1974. “America did not always love sports” she explained, elaborating that even when Americans’ participation in athletics ramped up, women were not always allowed to be involved. Tactics for keeping women off the playing fields were often covert, she offered, detailing how false claims of ensuring women’s health were commonly used to legitimize the exclusion.

Dr. Morris used the Bible to launch our journey through women’s history in sports. She spoke of Eve, who was punished with bodily pains, and suggested that this biblical model portrayed women to be sick and in pain as opposed to health and athletic. With the spread of Christianity, both men’s and women’s bodies were stigmatized as shameful and sinful. Both in Europe and among the Puritan settlers in the American colonies, any participation that would expose the body was widely discouraged for both men and women.

Moving onto the nineteenth century, Dr. Morris contrasted narratives of white American women discouraged to participate in physical activity with experiences of working black women. Muscles depicted the “ugly evidence of being working class” – evidence that contributed to stigma surrounding female athleticism and bodies of women who were fit and muscular. Similarly, the “wandering womb theory” contributed to misconceptions regarding the way in which athletic participation negatively impacted women’s reproductive “energy” to be redirected from her womb “into her pitching arm,” rendering her unable to conceive/produce children. Despite this being described as framework for protecting women’s reproductive health, it actually contributed to a widespread stereotype that women were weak, justifying women’s exclusion from sports.

In late nineteenth-century America, countless numbers of women were documented as having died in childbirth. This trend was followed by remarkable declines in the rate of pregnancy, leading to widespread fears of a “race suicide” (i.e., that the low rate of white American babies being born would result in the end of the Caucasian race). These population dynamics radically changed American race politics and physical exercise became increasingly accepted as a way for white, American women to improve their health and have more babies. The perception of an ideal American body evolved and white women increasingly strived to change their physique so as to become “tall and healthy.”

Trends in the beginning of the twentieth century continued to prioritize the protection of women’s reproductive capacity and superficial beauty, belittling their interest and achievements in sports as a result. Though increasingly allowed to participate in athletics during this era, females were greatly pressured to protect themselves from their injuries and scars that would detract from their outward appearance and reduce their potential to marry. “Girls should do sports in moderation” became the motto, said Dr. Morris. Once again, these narratives focused on white upper-class American women, almost entirely erasing experiences of women of color and working-class women at the time.

As part of women’s history in sports, Dr. Morris also noted the importance of physical education in schools. Although its introduction increased female participation in sports in the U.S., significant differences existed between resources put towards girls’ and boys’ athletic facilities, coaching, equipment and support. These inequities reflect longstanding historical trends in stereotypes that diminish the female body and female strength. Despite the introduction of Title IX, which prohibits federally funded schools from discriminating on the basis of sex and gender, Morris believes schools have failed to provide the appropriate attention and budget for their female sports teams.

Dr. Morris convincingly clarified the importance of accounting for historical background when considering and contextualizing contemporary issues of women in sports. Many of us have been lucky to witness (and/or live through) numerous advancements to women’s sports participation throughout our lifetimes. In fact, just this week (on Tuesday March 28, 2017) we witnessed the US Women’s Hockey team reach an unprecedented agreement with USA Hockey, ensuring that female players will be provided pay, and travel and insurance provisions that equal what the men’s national team receives. This is historic. Nonetheless, female athletes in most other sports still face disrespect and stigma, are paid less than their male counterparts, and are provided substandard facilities while condescendingly being nudged to feel grateful for what is offered to them. Additionally, sports media perpetuates sexist and racist attitudes, mostly to the detriment of women and their females athletes. Thus, while we celebrate the many gains women have made in sports and athletics, we still have much work to do. 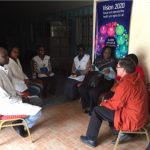 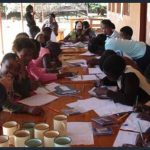