I grew up in Richmond, Virginia, USA, with my parents and younger brother. When I was about 14 years old, I was in the eighth grad and was attending middle school. I was focused on my studies, my friends, and singing in the school choir. My story is not too different from many very young adolescent girls (vya) aged 10-14 in developed countries.

However, this story is different from vya in many other parts of the world. Girls this age often have very different lives. They may be committed or married to men many years older than them. Recent estimates suggest there are around 5% of girls, globally, who marry or are in union before the age of 15 1, with early marriage often occurring for financial and/or cultural reasons. Many girls are deprived of autonomy, independence, and the opportunity for additional education as they become subject to the decisions of their husbands and his family. Many also quickly become pregnant and bear children over the course of their adolescence.

Below is a photo of a vya girl in Niger, a country where more than 28% of girls marry before the age of 15 1.

Some in the global community have called for research to better understand the needs of vya 2,3, which includes those who marry. Specifically, information is needed on the sexual and reproductive health of girls in this age group give the lack of information that exists and the high rates for girls this age 4, globally.

The Center on Gender Equity and Health (GEH) at the University of California, San Diego, has responded to this call, and is assessing the experience of married vya girls as a part of a study being run in the Dosso region of Niger. Led by Dr. Jay Silverman at GEH, the study assesses whether Pathfinder International’s Reaching Married Adolescents Intervention increases uptake of modern contraception among married adolescent girls aged 13-19 and their husbands. In conjunction with this study, we are examining whether there are differences in the awareness, knowledge, attitudes towards, and self-efficacy related to modern contraceptive methods among married vya ages 13-14 as compared to married girls in middle adolescence (ages 15-16) and later adolescence (ages 17-19). We are also exploring whether use of modern contraception and unintended pregnancy, as well as experiences with intimate partner violence and reproductive coercion, differ among the married vya as compared to the older two groups of married girls. Further analyses included whether girls who marry as vya are at greater risk of negative outcomes than those who marry as older adolescents.

Using what we learn, we will work to help empower married vya girls in Niger to make their own choices about their sexual and reproductive health. We will also collaborate with local partners to draw on existing economic, social, human, and community supports that already help married vya girls take proactive steps. It is our hope that through this work, married vya girls can live more autonomous and healthy lives. 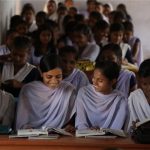 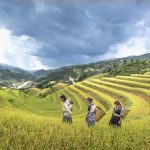