Education benefits girls and women around the world in a myriad of ways, including increased career opportunities,1,2 better maternal child health outcomes,1,3 and delaying child marriage 4. For these reasons, education has played significant roles in deterring girl child marriage and the inequalities stemming from it (i.e. poor reproductive health and family planning, etc.)3,5. Even so, education is not a cure-all. In particular, education could be ineffective in preventing the early marriage of girls who are not academically inclined and less beneficial in remedying gender inequities for girls who marry early as these groups are more likely not to attend or stay in school 6,7,8.

An unintended consequence of emphasizing education to curb early marriage and gender inequities is the development of perceptions that education and marriage are mutually exclusive. This perspective may lead girls to see only two options for their futures, getting married, or going to school.

This binary view is particularly harmful to girls with little inclination for school, who may see early marriage as an “escape” from the tedium of education. What’s more, girls who perform poorly or are unmotivated academically, and their families, may have little incentive to make the sacrifices necessary to send her to school. For such girls, early marriage is a tempting alternative to school. Paradoxically, a mechanism (education) originally envisioned to limit or reduce early marriage, in some circumstances may encourage exactly the opposite.

These binary options, marriage or education, also reinforce the idea that married students cannot pursue or continue education. Once married, girls are often encouraged or forced to abandon their education in favor of domestic responsibilities like raising children 2,9 and maintaining a home. Leaving school, however, not only limits their potential for greater economic and social participation; it also prevents them from accessing the protective benefits of education against gender inequities common in early marriages (i.e. low reproductive autonomy, intimate partner violence, etc.) 5,6. Similarly, the notion that girls pursuing an education cannot get married, may discourage girls who will get married young from pursuing academics altogether.

Girls who marry early have much to gain by staying in school, and need support for continuing education after marriage. Part-time student status, independent study opportunities, or personalized learning plans could allow girls to pursue academics while simultaneously fulfilling their marital responsibilities. All girls vulnerable to early marriage, academically gifted or disinclined, married or not, need resources to encourage professional and vocational development outside of the classroom. These skills can create opportunities beyond academics or marriage, for girls and women.

With efforts to promote education to address gender inequities in early marriages and/or to dissuade girl child marriage, it is important to anticipate any unintended messages we may send to young women and girls regarding their potential and available options. It is essential that vulnerable girls be supported in furthering their educations, as well as enhancing their skills as professionals, students, and wives. Such initiatives promise to foster gender equity and societal well-being globally. 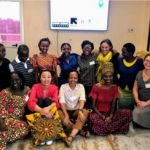 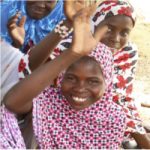