Zea Borok, MD, has been named chair of the Department of Medicine at University of California San Diego School of Medicine. Her first day is April 1, 2021.

Borok was previously the Ralph Edgington Chair in Medicine, Division Chief of Pulmonary and Critical Care Medicine and Hastings Professor of Medicine and Biochemistry and Molecular Medicine at the Keck School of Medicine at the University of Southern California (USC) in Los Angeles, which she joined in 1990 as an instructor. At USC, Borok led expansion of research efforts and creation of clinical programs of excellence, such as the Center for Advanced Lung Disease, Pulmonary Hypertension Program, Sleep Center and the Interventional Pulmonary Program.

Borok’s own research interests have focused on alveolar epithelial cell biology and the role of the distal lung epithelium in health and disease. She’s been recognized by numerous national and international organizations, including election to the Association of American Physicians in 2014 and the Mayo H. Soley Award from the Western Society for Clinical Investigation in 2017.

In 2018, Borok was nominated to participate in the Executive Leadership in Academic Medicine program, intended to advance female leaders in academic medicine. During her time in the program, Borok established and served as the inaugural director of the Center for Gender Equity in Medicine and Science at the Keck School of Medicine, whose goal is to create a sustainable structure that promotes gender equity and a culture of safety within the school of medicine.

Throughout her career, Borok said she has emphasized mentoring students, trainees and faculty, having directed more than 30 individuals. She said she is particularly aware of the challenges facing female faculty members and focuses her time mentoring and sponsoring other female scientists seeking career advancement within their fields of research. 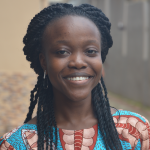