November 25th marked the International Day for the Elimination of Violence Against Women, and start of the 16 Days of Activism against Gender-based Violence Campaign. Globally, one in three women experience physical or sexual violence in their lifetime, and researchers and advocates are working together to address this pressing issue. One major pathway to reducing gender-based violence (GBV) is through youth-focused preventive measures that interrupt the transmission of inequitable gender norms across generations. In this blog, I will detail the research I did in Sri Lanka on early factors that could lead to gender-based violence, as well as the work we are currently doing at GEH on rape prevention education in California.

To prevent violence, we must first know how to predict its likelihood. In 2015, I analyzed data from the UN Multicountry Study on Men and Violence in Asia and the Pacific to study the relationship between Adverse Childhood Experiences (ACEs) and intimate partner violence (IPV) perpetration by Sri Lankan men. Analyzing the data collected by CARE Sri Lanka from over 1200 men, I found the following links between ACEs and intimate partner violence perpetration in adulthood:

Overall, I found that the relationship between high ACEs and an increase in the likelihood of perpetrating IPV existed in Sri Lanka, as it does in the United States. However, knowing these numbers did not help explain WHY childhood experiences could change one’s likelihood of perpetrating violence. We still needed to understand the nature of this relationship if we wanted to design effective interventions to address it.

The CARE study of GBV in Sri Lanka also uncovered very high levels of gender-inequitable attitudes (shown to be related to GBV), with over half of the men and women supporting gender-inequitable household roles, equating masculinity with violence, and agreeing with the statement “some women ask to be raped by the way they dress and behave.” In 2016, I conducted Fullbright research in Sri Lanka on gender norms among Sri Lankan young adults, with the goal of better understanding possible points of intervention in childhood and adolescence to support gender equitable attitudes and prevent GBV perpetration in adulthood.

My interviews with over 30 young adults ages 19 to 29 revealed a wide variety of perspectives and experiences of gender, but a few common themes emerged. Both men and women recognized limits placed on girls’ mobility and social interactions after puberty, sharing stories like the following:

“Girls can’t go out and work after 6 o’clock. People might say bad things about them — they are scared of what others might say.” (male, 25-30)

My research also suggests that important authority figures, such as parents and school officials, are key to shaping young Sri Lankans’ gender norms, as exemplified by the following quotes:

“Only my father makes decisions, and he doesn’t discuss them with my mother. She might make better decisions, but she doesn’t get the chance.” (male, 25-30)

“The family tells girls ‘you have to be very careful’. Because if a girl loses her virginity, that will be a problem.” (male, 25-30)

Training and supporting parents and school officials to be more gender-equitable in their interactions with children could in turn help those children have a more gender equal and GBV-free adulthood. One organization working toward this is Think Equal, which is currently pilot-testing an empathy and equality curriculum with preschool teachers across 15 countries, including Sri Lanka.

From Colombo to California

I am now in my first year of the Joint doctoral program in Public Health at UCSD and San Diego State University, working under the mentorship of GEH’s Director of Research, Professor Jay Silverman. At GEH, I am helping Professor Silverman research what works to prevent sexual violence in California, where over a million women have suffered sexual assault, usually before turning 18. Together with the California Department of Public Health (CDPH), and funded by the Centers for Disease Control and Prevention, we are working to develop state-wide evaluation of California’s Rape Prevention and Education (RPE) programs implemented across 33 of 60 rape crisis centers in the state. One example program is MyStrength, a social norms campaign administered by the California Coalition Against Sexual Assault (CALCASA) that seeks to encourage young men ages 14 to 18 to speak out against sexual violence.

What can we do to prevent gender-based violence?

Across the world, researchers and advocates are searching for ways to end GBV. In addition to supporting survivors and rehabilitating perpetrators, we need to think creatively and analytically about the best ways to prevent GBV from continuing in younger generations. When we can help empower young people to live gender-equitable lives, we are one step closer to a GBV-free world.

*ages given in ranges to protect participant identity 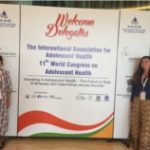 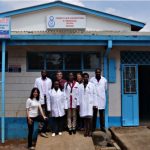