COVID-19 is Backsliding India’s Progress on Reduction of Marital Violence- So what are we going to do about it?

In December 2019, I published a commentary in the Indian Journal of Medical Research (IJMR) highlighting the advancements India has made in the reduction of marital violence in the past decade, as indicated by data from the National Family Health Survey (NFHS). At the same time, the commentary recommended continued progress on this issue, as we continue to see one in three married women affected by this violence, increasing social and health risks for both them and children. Little did I know at that time that a pandemic was developing, and would soon be followed by social lockdown efforts to contain the virus. Now a mere five months since we released that commentary, in this context of increasing financial stressors on households and required social isolation, we have started seeing media reports indicating an increase in marital violence due to the lockdown. How can progress made be so quickly lost in the face of this pandemic? I offer three reasons as to why a return to marital violence may have rapidly increased in the contexts of the pandemic and lockdown: 1) financial stress, 2) social isolation, and 3) persistence of the root cause of marital violence – low value of women and girls.

Financial Stress
While the lockdown in India does appear to have reduced viral transmission in the country, it has also country, it has also had deleterious effects household economic security, particularly among already vulnerable households. We know from NFHS-4 2015-2016 data, that poverty is associated with increased risk for marital violence. Data from this report show that 43% of married women in the poorest quintile have experienced physical and/or sexual violence from their husband, where 19% of married women in the wealthiest quintile report a history of such violence from their husband. Studies suggest that financial stressors in the household result in greater male perpetrated violence, possibly because of the greater likelihood of risky male alcohol use and male desire to exert authority or control over wives in the absence of feeling control over their financial circumstances and responsibilities to family. Wealth is also associated with greater likelihood of help-seeking when violence occurs. At the same time, growing evidence indicates that women with greater financial autonomy and inclusion are at lower risk for violence in their marital relationships, with indication that women who have some economic autonomy are better able to extricate themselves from violent relationships or better able to establish and maintain boundaries with their partner because of the option of extrication. Unfortunately, the lockdown has severely compromised earnings and financial security of both men and women, as noted above, with little likelihood of improvement seen in the coming months.

Social Isolation
The lockdown also affects women’s ability to get away from an abusive partner, even for brief periods, and the closing of roads and state borders impede capacity to escape natal families or other places of longer-term safety in cases of life-threatening abuse. We know that women facing marital violence are already contending with greater control and isolation from partners. NFHS-4 data demonstrate that women lacking control over household decision-making and freedom of movement are at greater risk for marital violence, and lockdown measures serve to reinforce this power dynamic by impeding victims’ access to support or services. Further, there is increasing evidence of the value of social intervention programs such as Beti Bachao, encouraging neighbors to ring the bell in cases where they hear indications of marital violence. A climate of policy-enforced social distancing will impede these types of social interventions, and at the same time make it difficult for women to access social support independently, and outside the earshot of an abusive partner. An abusive male partner may prevent her from using the phone or from being alone when using the phone, and in such contexts disclosure of abuse is highly unlikely. All the more so, given that women remain far less likely than men to own and control a mobile phone.

Low Value of Women and Girls
While issues of financial distress, potential alcohol misuse by male partners, and social isolation of women all contribute to risk for marital violence, such abuse would not occur in the absence of continued acceptance of marital violence against women as normative in India. Our most recent NFHS-4 data demonstrate that 42% of men endorse justification for men’s physical violence against their wives, and 37% of men endorse justification for men’s sexual violence against their wives. Correspondingly, findings from women indicate that 52% endorse justification for men’s violence against wives, and those reporting such endorsement are significantly less likely to seek help when they face marital violence. The strongest predictor of help-seeking is severity of violence and injury from violence. Taken together, these findings highlight that acceptance of marital violence remains a norm in India, and men who perpetrate such violence largely are able to act with impunity. Ultimately, these findings correspond to a larger ongoing concern in India of lesser value of women and girls relative to men and boys such that we see male violence against women as not simply tolerated but in fact viewed as justifiable. It is likely for this reason more than any other that we see escalation of marital violence in this time of crisis, because we ultimately changed perhaps the norm of the behavioral practice but not the acceptance of the reasons underlying it – male entitlement to control wives because of their greater value relative to wives. Hence, when stress arises, the pattern of men taking out their stress on their wives through violence persists, and women can do little to prevent it given the current social conditions.

What can we do?
May has brought forth some alleviation of the lockdown in much of India, hopefully with some alleviation of the financial stresses and isolation occurring under the more severe prior lockdown periods. However, this is not true for all of India, and a more rigid lockdown policy may return, if we see a spike in cases and fatalities. Further, some financial stress and continued social distancing is likely to stay in place via practice if not policy for many, and can again be used as a means of men’s control and abuse of their wives. How do we tackle the most deeply entrenched and underlying root cause that maintains persistence of marital violence against women in India- their lesser status and value relative to men? How do we do so quickly enough to address the issue before the next lockdown or other crisis?

I have thought much about this, and have come to the conclusion that it is impossible. The best we can do is address the issues of financial stress and social isolation better than we did in earlier lockdowns, to help reduce triggers of violence and increase intervention when violence occurs. There are many good pieces already written about how we can do this, and I encourage you to read some of the work of my colleagues in this vein. [See this OpEd from Prof. Jhumka Gupta, this Commentary from van Gelder and colleagues, this Brief from the WHO, and this Statement from UN Women].

While it is impossible to create change on the root cause of domestic violence and, in fact, all forms violence and discrimination of women and girls in a single summer or even a single year, we frankly should be a lot farther along on this than we are. This issue was on the table in as part of the Beijing Platform for Action in 1995, was included in both the United Nations Millennium Development Goals demanding for change by 2015, and in the United Nations Sustainable Development Goals, initiated in 2015 with a goal of change by 2030. Yet still we stagnate, and every time a global crisis occurs, we fall back- into higher rates of marital violence, child marriage, son bias, and other discriminatory and abusive practices against women and girls that continue because ultimately society does not value them. Let me restate- society does not value us!

So what do we do? I find myself fatigued with trying to work in partnerships and within systems for change, particularly as I write this on Mother’s Day, because that change is not occurring fast enough, for me, for my daughter, for all the next generation of daughters in the world. The March 2020 UN Commission on the Status of Women was cancelled, and Generation Equality forum to commemorate and advance the Beijing Platform is postponed with plans unclear. Yet scientists have mobilized effectively across national borders to connect and collaborate on a COVID-19. I want a COVID-19 level response for gender equality, and maybe what it is going to take is for us to just make our own. 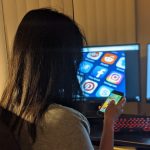 When social media is sexist: A call to action against online gender-based violenceGEH Blog 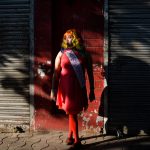 Recognizing the (In)visible: What is the Impact of COVID-19 on LGBTQ Communities in India?GEH Blog