Adapting the SASA! Approach for Reducing Violence against Women and HIV in Kigoma, Tanzania

By sblair
Posted July 1, 2017
In GEH Blog
Adapting the SASA! Approach for Reducing Violence against Women and HIV in Kigoma, Tanzania2017-07-012019-03-04https://gehweb.ucsd.edu/wp-content/uploads/2018/07/logo-fullcolor.pngCenter on Gender Equity and Health (GEH) – UC San Diegohttps://gehweb.ucsd.edu/wp-content/uploads/2018/07/sasa-adaptations-project.jpg200px200px

Violence against women (VAW) is one of the biggest issues women face worldwide. The World Health Organization (WHO) estimates that 1 in 3 women have experienced some sort of intimate partner violence, the most common form of VAW, in their lives (WHO, 2016). Its effects are both immediate and long-term, and include physical injury, unwanted pregnancy, increased risk of contracting sexually transmitted infections, and mental health problems, among others (Black et al., 2011; WHO, 2013). SASA! is a proven effective community mobilization approach to reduce VAW and HIV risk and infection. It was designed by Raising Voices, a non-governmental organization working to prevent violence against women and children in Uganda.

SASA!, a Kiswahili word that means now, is based on the idea that now is the time to take action to prevent violence against women and HIV. It is also an acronym for the four phases of community mobilization that scale up the stages of change and enable a community to move through a series of evolving activities and experiences. Each phase uses specific strategies to engage community member in a variety of ways. the goal of SASA! is to create social norm change by engaging a critical mass of people from all walks of society. Instead of focusing on traditional ‘gender’ issues, SASA! addresses understandings of power and ways that power can be used both negatively and positively.

A pair-matched cluster randomized controlled trial conducted in Uganda’s capital Kampala found SASA! to be an effective approach for reducing VAW and HIV risk behaviors an changing attitudes that support VAW (Ambramsky et. al, 2014; Kyegombe, Abramsky, Devries & Watts, 2014). As a result, organizations in more than 20 countries across the world have started implementing the SASA! intervention as part of their ongoing work. This represents important progress toward the global scale-up of VAW prevention. However, little is known about the potential challenges of implementing a proven, evidence-based model like SASA! in a ‘real life’ setting (i.e., where systematic oversight of each step of implementation and rigorous research evaluation is unavailable). The Adaptations Project aims to fill this gap.

The Adaptations Project is a mixed methods study that seeks to learn from four organizations using SASA! The project is being conducted by Raising Voices and researchers from the University of California, San Diego’s Center on Gender Equity and Health. With funding from the UN Trust Fund to End Violence against Women, we are using surveys and qualitative methods to examine how SASA! is being adapted in four different contexts: rural Tanzania, a refugee camp in Kenya, a Caribbean community in Haiti, and a humanitarian setting in Iraq. The study aims to understand both the challenges and successes of adapting and implementing SASA! to strengthen the evidence base of SASA!’s impact and provide guidance on how to most effectively adapt the methodology to different environments, maximize efficiency and cost-effectiveness, ad offer guidance on the organizational structures and processes necessary to implement and sustain effective programs that reduce VAW.

Adapting SASA! in rural Tanzania: Lessons learned from my field visit to Kigoma

In January 2017 I traveled to Kigoma, Tanzania to work with the Women’s Promotion Center (WPC), a local non-profit organization started in 2007 to promote women’s dignity and equality, and respect for women’s rights. Kigoma is a rural fishing town located on Tanzania’s northwestern side. It sits just sound of the Burundi border and face the Democratic Republic of Congo across Lake Tanganyika. Violence is an issue faced by many women in the area. The WPC recently conducted a survey that showed 36% of women in Kigoma had experienced partner violence in the previous year – although given the stigma placed around disclosing violence, it is possible that the number is even higher (WPC, 2016).

WPC started implementing SASA! in 2014. After several years of working intensively within the community, WPC recently began transitioning into the Support phase. This will allow the organization to build on the connections they have formed with the community and the awareness they have raised about violence. Part of the SASA! program involves recruiting and training local people to act as Community Activists, building skills, and allowing the community to become part of the process of change. This emphasis on working with the community and adapting the program for the community is central to the success of the SASA! program in Kigoma. During my time in Kigoma, I helped WPC prepare for the Adaptations Project. This included training researchers, pilot testing qualitative guides, and conducting interviews with WPC staff. My trip to Kigoma showed me the importance of understanding the cultural nuances of a location and recognizing that not all programs should adopt a one-size-fits-all-approach. To create a truly effective program that reduces VAW, is has been crucial to adapt SASA! to fit the local circumstances in Kigoma. I hope my work in Kigoma expands the evidence base for SASA!’s work, and shows others the importance of understand and strengthening programs that have a real impact of the lives of women worldwide.

Find out more information about SASA! and how to support and protect women in your area and around the world! 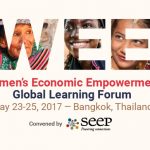 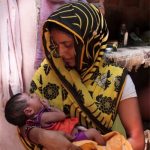